The Fantastic Beasts 3: Five years ago the wizarding world of J.K Rowling concluded in Harry Potter and the Deathly Hallows Pt 2 and no one could have imagined or expected it to re-enter the world. It has not just entered the world but has taken people on a similar yet different magical ride and has charmed not just the harry potter fans but the entire world.

Currently, there are five fantastic beasts movies in development which mean that the secret of dumbledor will be the middle installment of the franchise. J.K Rowling revealed that the series will span 19 years, meaning that the story is said to have culminated in the year 1945.

Let’s try to break a few ice pieces on the most anticipated movie and get to know about the movie’s- story, cast, trailer, and what to expect.

The synopsis of the third movie spells trouble and danger ahead for Dumbledore, Newt, and more.

Professor Albus Dumbledore knows that the moonless wizard Gellert Grindelwald is going to move his hands on and seize control over the wizarding world. And because Dumbledore is unable to stop Grindelwald, he assigns the responsibility to Magizoologist Newt Scamander to lead an intrepid team of witches, wizards, and one brave muggle baker on a dangerous mission, where they will come across old and new beasts and clash with Grindelwal’s growing followers.

It is said that the character development will be enormous compared to the earlier movies but it will give out the same feel, taking us down memory lane which will give some nostalgic chills.

The movie is said to be about a gigantic war with the backdrop of world war two. So we can say that there will be some epic and legendary battle scenes that will be a treat to watch.

The Cast & The Recast 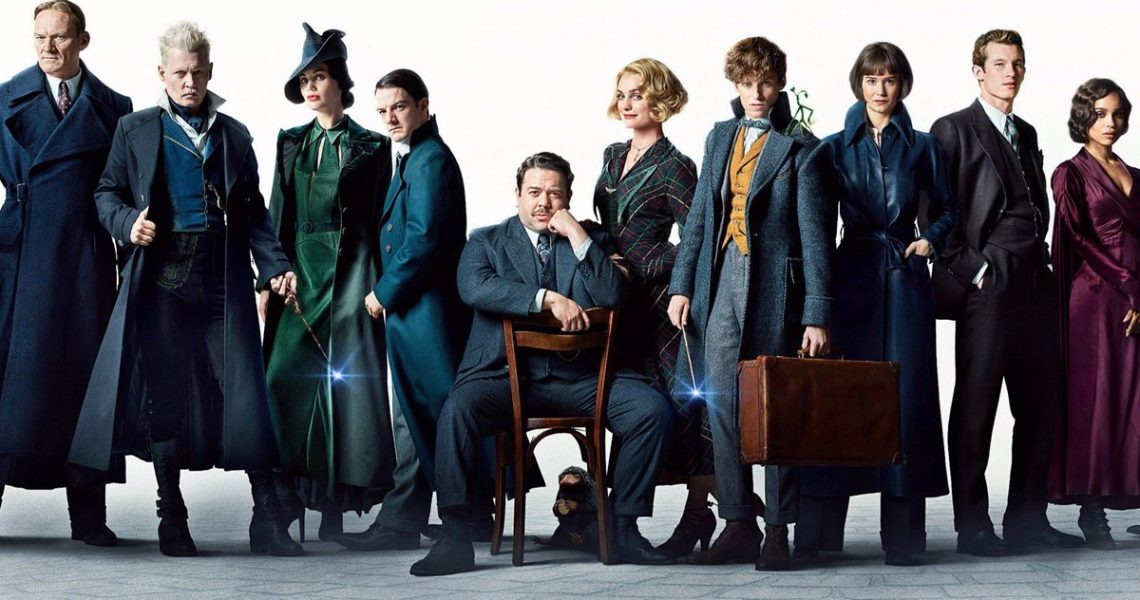 The most scandalous and shocking change is that Johnny Depp will not be playing the character of Grindelwald anymore. Instead of him, the Grindelwald role will be played by doctor strange and Hannibal star Mads Mikkelsen. And even though Johnny Depp has shot one scene in the movie as Grindelwald but we aren’t sure if that scene had been re-shooted with Mads Mikkelsen or if the original scene will be played or maybe there will be an unexplainable moment of the accident that will make it a magical disguise.

Mikkelsen has revealed that he didn’t speak to johnny Depp about the re-cast and that he took up the role because his daughter is a  huge fan of the “Harry Potter franchise”.

Not everyone survived the crimes of Grindelwald where Leta Lestrange (Zoe Kravitz) was tragically killed by Grindelwald while she was trying to help Newt and others escape. But maybe Leta might show up in a flashback scene.

The chilling adventures of Sabrina star Richard Coyle are said to play the role of Aberforth who will be Albus Dumbledore’s brother.

Dark Star Oliver Masucci might be seen as the ‘Head of the international confederation of wizards”.

Most of the characters from the 3rd movie might be seen in the next two movies but there is no guarantee because not everyone’s fate is known so there could be some more shocking deaths.

Nobody exactly knows what to expect from the Fantastic beast: The secret of dumbledore. But J.K Rowling did leave a few hints on Twitter regarding the set location which would be in Rio De Janeiro. This could be misinformation but if it is true then we would be treated to the fabulous Brazilian-based scenes in the movie.

Katherine Waterston confirmed that the movie is going to be filled up with surprises. But we are yet to find out if the box of chocolate will surprise us with chocolates or something disappointingly unexpected. Will the movie be open-ended like The crime of Grindelwald or will it end in a way that could mark as a satisfying finale because the 4th and 5th Fantastic Beasts movies aren’t 100% confirmed.

But the ice will completely break on 8th April 2022 when all of the questions will be answered and all the suspense will be burst out which might catch us off guard and leave us disappointed or maybe leave us fantastically mesmerized.