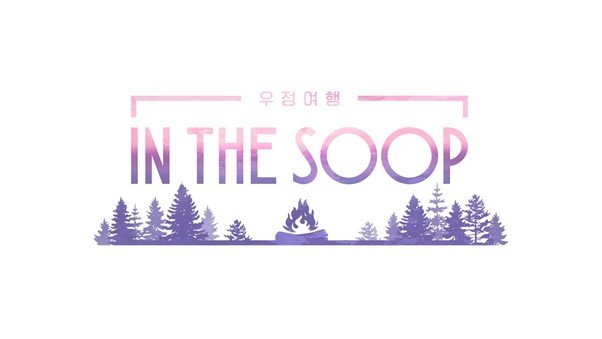 The Wooga Squad which includes BTS singer V, South Korean Actors Park Seo Joon, Park Hyung Sik, Choi Woo Shik, and artist Peakboy who will be boarding a fun trip in the newest edition of Hybe reality show “In The Soop” which was previously aired with the well known and beautiful K-Pop groups BTS and Seventeen. The Soop dropped their official first teaser for the reality show on their Youtube Channel on Friday wherein we can see five real-life best friends on a fun trip together.

The teaser looks like a getaway from a chaotic schedule of a busy day with friends and going on a lovely trip. We can see the joy in the eyes of Park Hyung Sik when he points at the sea exclaiming his reaction “Wow, it’s the sea.” As he is happily running towards the sea. We can also see his friends surrounding him close and Choi Woo Shik reminding him that people on the beach might get fooled.

Park Seo Joon however cracks a joke and says “They look like they are having fun and trying to suggest that the image of this seaside vacation is even real. Choi Woo Sik however tries to tease the fans and the viewers by saying “Gotcha! You were fooled right?’’ He also added that wherever these five guys go together it has always made it into something amazing.

The reality show will premiere on July 22, 2022, on JTBC at 9 p.m. (KST) and Disney+ at 11 p.m. (KST). The Soop Friendcation gives audiences an intimate and detailed look at the lives of these five celebrities as they step away from “setting the night alight” to a surprise trip with lots of fun, leisure, and cool activities.

Far away from the world, this brand-new version of reality shows how friends take time away from their daily lives to enjoy this mesmerizing ride of nature and indulge in their favorite and memorable pastime. Throughout the entire four-episode series the viewers will get a chance to dive into the lives of these wonderful boys of Wooga Squad and enjoy their conversations.

The Wooga Squad were last seen together when they came to star in Peakboy’s song Gyopo Hairstyle. The stars had joined Choi Woo Shik for his 10-year celebration in the entertainment industry. The fans were extremely thrilled and excited as soon as the teaser was released. Having been best friends for years now the fans have a separate fan base for this squad.

Now for the very first time getting to know about their personal lives through means of a reality show is a treat for the fans. Even though the teaser is just 30 seconds it is very clear that the show will be fun to watch, making you want to know more. Taking a walk by a beach in cold bundled weather the Wooga Squad is all set once again to steal the hearts of their fans with this “Friendcation.”

In this article:BTS, Friendcation, In the Soop, K-Pop, Wooga Squad