Top 20 Mythological Creatures – Don’t we just wanna leave everything and fly away with the mystical creature-friend that we have created in our heads for years. Numerous astonishing mythological creatures were created throughout history like unicorns, mermaids, dragons, goblins, werewolves, and our favorites the adorable and vicious creatures from Narnia, Alice in Wonderland, Harry Potter, and the fantastic beasts, which have opened doors for us into the fantasy world. And even though we know it’s going to be a short journey but knowing them is worth the time of our life.

Here are the 20 most magnificent creatures which will broaden and boost your imagination and take you into the alien world.

What Are Mythological Creatures?

Mythological creatures are imaginary and supernatural hybrid creatures. They have been found in varied forms of fiction like novels, fairy tales, poetry, fables, and folklore.

Medusa (Guardian) is a beautiful mortal and a dreadful beast of the ancient greek. She is the daughter of Ceto and Phorcys. Her ill-fated love affair with Poseidon made her the victim of Wrathful Athena. This led to her transformation of becoming a monster with snake hair.

Garuda is the fusion of Buddhist and Hindu mythological creatures who are immortal bird-god. They have glorious eyesight.

Cyclope is the Greek mythological creature who first appeared in “Epic tales as far back as Homer’s Odyssey and Hesiod’s theogony” which was written in 8BC. They are antisocial, stubborn to the core, and refuses to listen to anyone but they are an excellent blacksmith.

Kitsune are magical Japanese mythological creatures. Just like foxes, they are incredibly wise but can commit a crime in the blink of an eye.

Ghouls are Arabic mythological creatures who are said to dwell in deserted areas. They have come from the work of Arabian NIghts. They have appeared in the koran making them Islamic creatures too. Ghouls hold a unique ability to shapeshift where they trap people for devouring.

Cerberus is the multi-headed dog who is known to guard the gates of the underworld. Even though they hold a nightmarish look and can tear you apart but they are extremely loyal to their masters like any dog.

Ahuizotl is the legendary Aztec mythological creature whose purpose is to protect the fishes. They lure and collect the souls of mortals that they liked.

These demonic Psoglav are Balkan mythological creatures who live in dark caves and own plenty of gemstones. They practice cannibalism where they eat people and if they can’t find any they don’t mind digging up the grave.

Argus Panoptes or Agro son of Arrestor is a Greek mythological creature. He is known for his wakeful alertness as only his few eyes sleep through the night.

Mapinguari is a Brazilian mythological creature who is to have discovered the key to immortality. These giant ground sloths are known to have a horrid odor that can knock a human unconscious.

Asakku is Babylonian mythical creatures. These demons use head fever to attack and kill a human being. These murderous creatures are one type of Mesopotamian evil spirits and are usually classed with the good spirit as Uttuku.

Yacuruna are indigenous Amazonian mythological underwater creatures. They resemble humans but their feet, hands, and head are backward.

Pulgasari is a Buddhist-created mythological creature. A monk, to pass time in hiding the monk created a little creature who to his shock came to life. This creature grew up larger than a building eating steel needles which were poking out from every inch of his body.

Those cloth creatures were 10.5 meters tall and 30 cm in width. And they attacked people in the evening by wrapping around their necks till they suffocate and die. Not just the neck they sometimes wrapped around people’s entire bodies and flew up into the sky.

The Kraken is Scandinavian 18 meters tall mythological creature. They are the giant octopus, squid, or crab-like creatures who are known for wrecking the ships by creating a whirlpool to ingest into the body of the ocean. 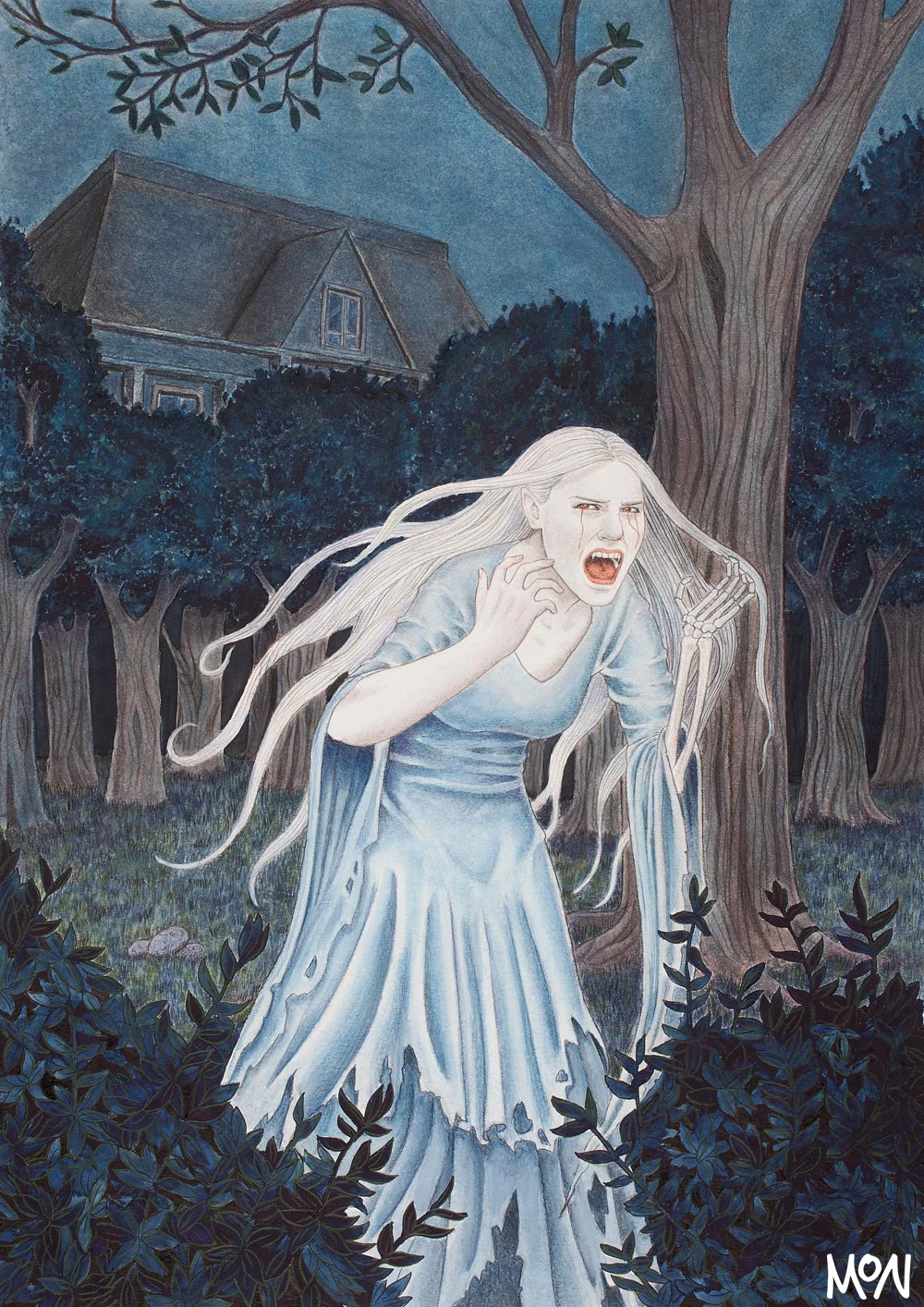 Banshees are Scottish and Irish mythological creatures. The word banshee means “Women of the fairy mound”. And it is believed that each family has a banshee and her scream means an omen of death. Banshee means no harm to people, they only want to help the family and prepare them for their loved ones’ death.

Kappas are Japanese mythological creatures/ demons. These kappas resemble a frog or a monkey with a humanoid face, scaly skin, and tortoise beak. The Japanese children are warned not to go near the river because kappa is said to be there to lure them into the river.

Lamia is a greek mythological creature who is said to be the mistress of the God Zeus. Zeus’s jealous wife killed Lamia children’s which turned her into a monster-hunting creature who shapeshifts and devours others’ children. Zeus removed her eye socket because she was cursed to not be able to close her eyes to forever obsessing over her lost child.

Typhon was a thunderous Greek mythological creature/ God. And was known as the father of all monsters. He was the husband of Echidna. Typhon was so humongous that when he stood up his head brushed against the stars.

She was a half woman and half snake Greek mythological creature. Typhon was her fearsome husband. Both of them were the children of Tartarus and Gaea and this is why even their children turned out to be monsters like their parents.