Surrogacy refers to the process by which a woman agrees to carry and give birth to someone else’s child. Following this, the child’s custody is handed over to its intended parents.

The Process of Surrogacy (How does it work?)

Gestational surrogacy, or in vitro fertilization (IVF), is the process of fertilizing a mother’s (egg donor) eggs with a father’s (sperm donor) sperm and transferring the developing embryo into the surrogate’s womb.

The surrogate carries the baby but has no genetic ties to the child as her eggs are not used. As a result, the surrogate would be the ‘birth mother,’ but the ‘biological mother’ would be the woman whose eggs were used to fertilize the child. In this case, both intended parents have genetic ties with the baby, making this process more common than traditional surrogacy. 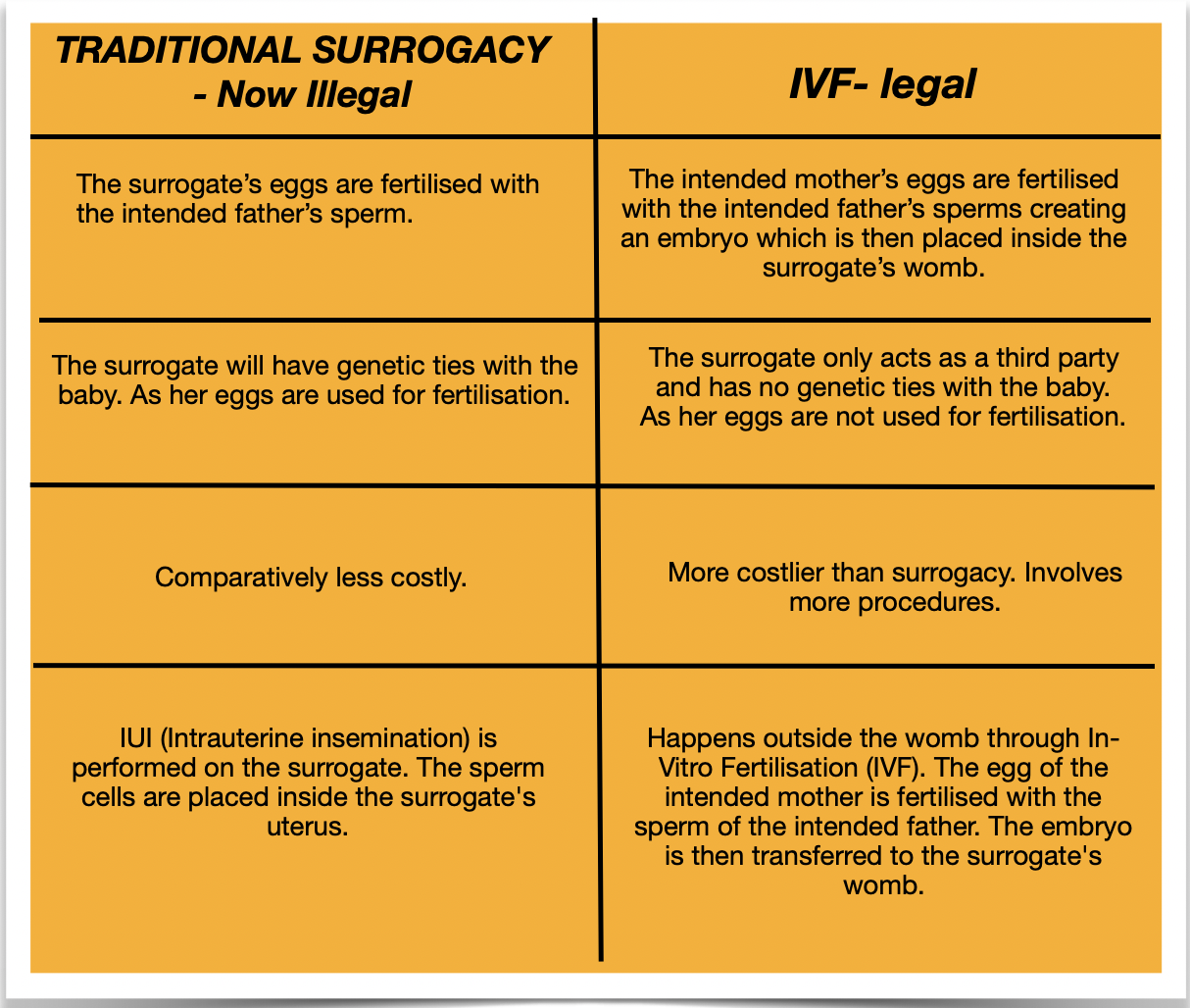 Is surrogacy legal in India?

How much does Surrogacy cost in India?

A typical IVF procedure may cost around Rs.10 to 15 lakhs. However, these costs may vary depending on the location, and the medical center one chooses.

Celebrities who have embraced surrogacy

In 2018 and 2019, Kim Kardashian and ex-husband Kanye West welcomed their third and fourth children, Chicago and Psalm, through surrogacy.

Karan Johar welcomed his daughter, Roohi, and son, Yash, in 2017 by embracing surrogacy.

Shah Rukh and Gauri Khan became parents to their youngest son, AbRam in 2013 via surrogacy.

Preity Zinta and her husband, Gene Goodenough, welcomed their twins Jai and Gia through surrogacy in 2021.

The time is ripe for us to accept and embrace surrogacy as a growing need of the hour. There is no reason to shy away from the surrogacy process.