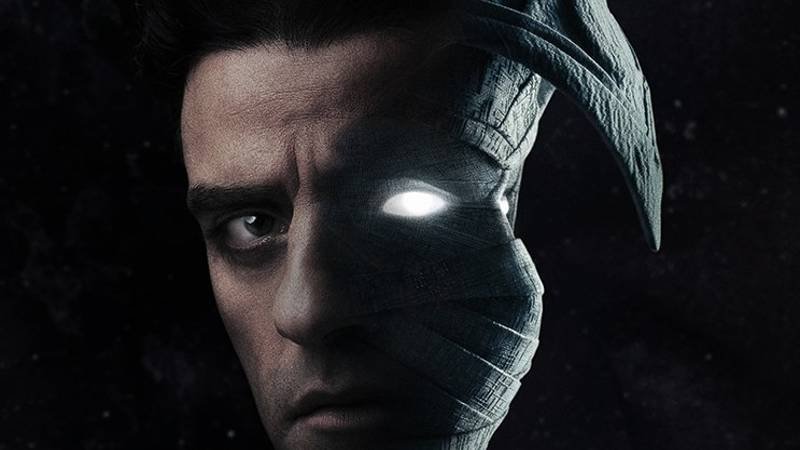 Moon Knight Episode 2 Review – The world was left hanging about the mysterious entity (Konshu) who was watching over the two personas – Steven Grant and Marc Spector (Oscar Issac) who were also confused about what was happening between them. Which left the audience with deepening mystery.

After watching the first episode we just hope that every episode of the Moon Knight has the basic tone of Oscar Issac bumbling around, blacking out, and waking up only to realize that he had caused a hurricane to the place and had killed people. And it seems that episode 2 was also directed in that lane which kept the audience engaged throughout the episode.

Let’s look into the first episode’s recap, ending, and review of the second episode which was equally balanced and well-paced.

We saw that Steven Grant is a bumbling Englishman who works in a museum gift shop. And he keeps blacking out and waking up in random places. He suffers from DID (Dissociative identity disorder) and his body houses another personality that is his alter ego Marc Spector (Jewish-American mercenary and conduit for Egyptian moon god). And Grant also hears Konshu’s voice in his head.

Throughout episode 1 we were given various kinds of important details but weren’t given any means to piece them out together which builds up the curiosity of this mystery. Clues like the “goldfish problem” were dropped in. Steven kept blacking out and snapping back to reality.

The moon knight episode ends with Ethan Hawke’s villain – Arthur Harrow summons a Jackal beast of the Egyptian goddess Ammit to strike out Steven Grant who is working in the museum and attack him after the closing time. We see Steven and Marc get into an argument and try to handle and get out of this disastrous calamity that has occurred. And in the end, Steven decides to surrender the control to Marc who takes over and brings out the “Moon knight suit” and the combat starts between Moon Knight and the Jackal-like beasts.

In the episode, we get to see the after-effects of the hair-rising fight between Marc and the Jackal-like beasts.

Steven as usual wakes up in bed not knowing what has happened and assumes the fight to be a dream. But after reaching the museum he finds out that it wasn’t a dream and that he is the reason for this catastrophe that occurred in the washroom.

The creature wasn’t seen in the security footage which proved that it was Steven’s fault. This incident gets added to his previous behavior at work and in the blink of an eye, he gets fired.

Steven then starts to investigate the situation on his own about what happened and who is Marc’s Spector which leads him to Marc’s storage locker house and discovers “Scarab Artifact”.

And then we see Stevens Grant’s mad-dash escape from Konshu’s vision and voice leads him to bump into Layla (May Calamawy) who is Marc’s wife. Layla mistakes Steven to be Marc and thinks he is toying with her by keeping the Scarab( an object which they both found it together) to himself, but she soon realizes that this is not the Marc she knows.  Soon after that two cops (with easter egg names) arrive and take Steven away to meet their cult leader Harrow.

Steven and Harrow get into a warm talk where Harrow reveals about him being a former Avatar or moon god and about more about Konshu. He then goes on to say that he seeks Scarab to find Ammit and use her power to wipe off evil from the earth.

Soon Layla comes to the rescue and the marvel hero vs villain war begins where Horrow unleashes more beasts.

After killing Jackals Marc banishes steven before getting the command from Konshu and betrays Stevens’ trust by refusing to give the control back. The episode ends by showing Marc drinking his brain numb in a hotel where Egypt’s pyramid is overlooked.

In the second episode, we learn a bit more about Marc Spector’s double life.

Moon Knight struggles with its tone which is split between bloody visceral actions and lighthearted marvel quips. But the African history of Egyptian influence is fascinating and indeed is a treat to watch.

The Moon Knight 2nd episode seems to have proven to be going at a good pace and if it keeps going with the same balanced-out pace and keeps dropping in explanations in the middle and adding mystery then it will successfully propel forward in the coming episodes and the series will win lots more hearts.