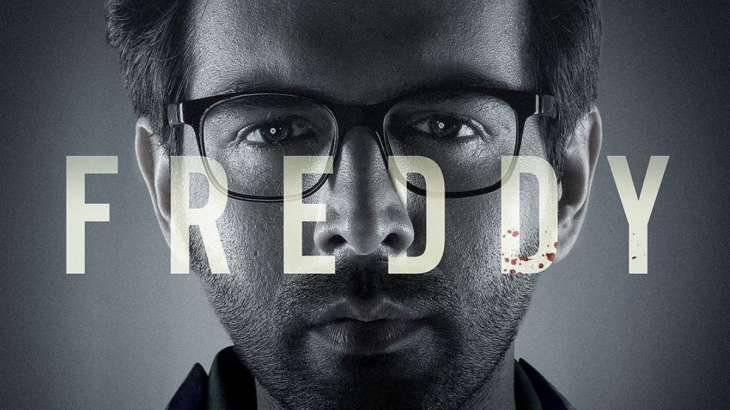 On Monday afternoon, the thriller Freddy’s teaser was released, and it is unquestionably captivating. The mystery-filled existence of a dentist named Dr. Freddy Ginwala is highlighted in the teaser.

A quiet, lonely, honest, naive, innocent, apprehensive, truthful, repulsive, conscientious, and inciteful dentist is how Kartik Aaryan’s character is portrayed in the teaser. Kartik is seen attending to the patients in a few frames.

In a different image, he can be seen sitting with a turtle by his side while also dancing. In the teaser, a dead body being dragged around is also seen in silhouette (presumably by Dr. Freddy). The teaser concludes with Dr. Freddy giving a patient a hard look and saying, “Sorry Sir, kept you waiting.”

Welcome to the Freddy Universe, wrote Kartik Aaryan, the movie’s lead star, in a post teasing the upcoming release. Bookings start on December 2nd, 2022.” He added the hashtag #ReadyForFreddy to the post.

Aaryan claimed that the movie’s intricate plot and characters required a lot of preparation for him to play them.

“The prep of the role had to be done physically and mentally as well. The character helped me explore a different side of my craft and encouraged me to challenge my abilities at every step as an actor.

“The first time I got the opportunity to explore the dark side of me. The film will reach millions of viewers to watch it at their convenience with Disney+ Hotstar. I am glad to be a part of ‘Freddy’ and excited to see the audience’s reaction to the film,” he told in a statement.

After the script narration, Alaya F declared she wants to be a part of the movie.

“Kainaaz was a challenging character for me, I had to learn and unlearn a lot of things to get into character. I feel so grateful for this opportunity! It’s helped me widen my horizons, and it’s also enabled me to explore a whole new side of myself.

She continued “With Kartik, Shashanka sir, and all the other members of the team, I couldn’t have asked for a better experience! I can’t wait for the film to release on Disney+ Hotstar,”.

According to Balaji Telefilms producer Ektaa R Kapoor, Aaryan would appear in a “completely new avatar” in “Freddy”.

The viewer can anticipate a roller coaster ride throughout the entire film, she continued. “We are pleased to connect with Disney+ Hotstar and this has given ‘Freddy’ a global platform.

According to Ghosh, the film will examine the themes of passion and betrayal as well as demonstrate how “an ordinary man turns remarkable.”

“The excellent writing of each character, the scenery, and the background music give ‘Freddy’ its impact. Strong actors like Kartik Aaryan and Alaya F were necessary for this type of acting. “I am very glad to have found Freddy and Kainaaz in them. Fans of Kartik Aaryan would be amazed to see him in a never-before-seen avatar thanks to his role in the movie, he continued.

“Freddy” is Aaryan’s second film to receive a direct-to-digital release after “Dhamaka,” which was made available on Netflix last year.