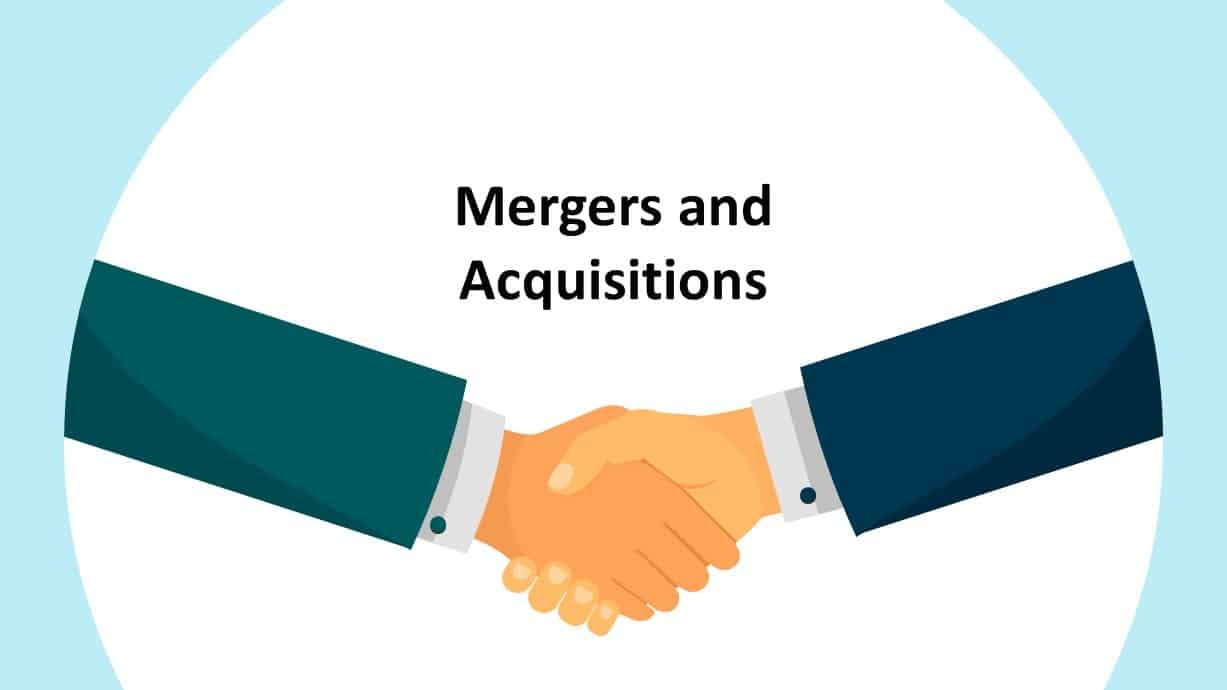 Mergers and acquisitions (M&A) is a broad term that encompasses a wide range of financial transactions that combine firms or assets, including mergers, acquisitions, consolidations, tender offers, asset purchases, and management acquisitions.

When one company buys another, it becomes the new owner.

A merger, on the other hand, occurs when two similar-sized organizations join forces to move forward as a single new entity rather than staying independently owned and operated. This move is referred to as a merger of equals. When Daimler-Benz and Chrysler amalgamated, for example, the two firms ceased to exist, and a new company, DaimlerChrysler, was created. Both firms’ equity was surrendered, and new company shares were issued in their place.

When both CEOs agree that merging their companies is in their best interests, a purchase agreement is referred to as a merger.

Acquisitions are usually considered in unfriendly or hostile takeovers where the target company does not want to be bought. Based on whether the acquisition is friendly or hostile, and how it is announced, a deal might be classed as a merger or acquisition. To put it another way, the difference is in how the target company’s board of directors, employees, and shareholders are informed about the sale.

Types of Mergers and Acquisitions

A merger occurs when two firms’ boards of directors agree to merge and seek shareholder approval. In 1998, for example, Digital Equipment Corporation and Compaq agreed to merge, with Compaq absorbing Digital Equipment Corporation. In 2002, Compaq and Hewlett-Packard merged to form HP. CPQ was Compaq’s stock symbol prior to the merger. The present ticker symbol was created by combining this with the ticker symbol of Hewlett-Packard (HWP) (HPQ).

By integrating core operations and eliminating previous organizational structures, consolidation results in the formation of a new company. Both companies’ stockholders must approve the merger, and after that, they will obtain common equity shares in the new company. Citicorp and Travelers Insurance Group, for example, announced a merger in 1998 that resulted in Citigroup.

A tender offer is when one company offers to buy the other company’s outstanding stock at a fixed price rather than the market price. The purchasing firm informs the other company’s shareholders directly, bypassing the management and board of directors. Johnson & Johnson, for example, offered $438 million for Omrix Biopharmaceuticals in a tender offer in 2008. Most tender offers culminate in mergers, even if the purchasing business may continue to exist (especially if there are dissenting shareholders).

When a firm buys another company’s assets directly, it is called an asset acquisition. The shareholders of the company whose assets are being purchased must agree. During bankruptcy procedures, other companies bid on various assets of the bankrupt company, which is then liquidated once the assets are transferred to the acquiring corporations.

A management acquisition, also known as a management-led buyout (MBO), occurs when a business’s leaders buy a majority share in another company, thus making it private. In order to help fund a deal, these former executives frequently collaborate with a financier or former company officers. A majority of shareholders must approve such M&A transactions, which are often financed disproportionately with debt.

Advertisement. Scroll to continue reading.
In this article:Mergers and Acquisition