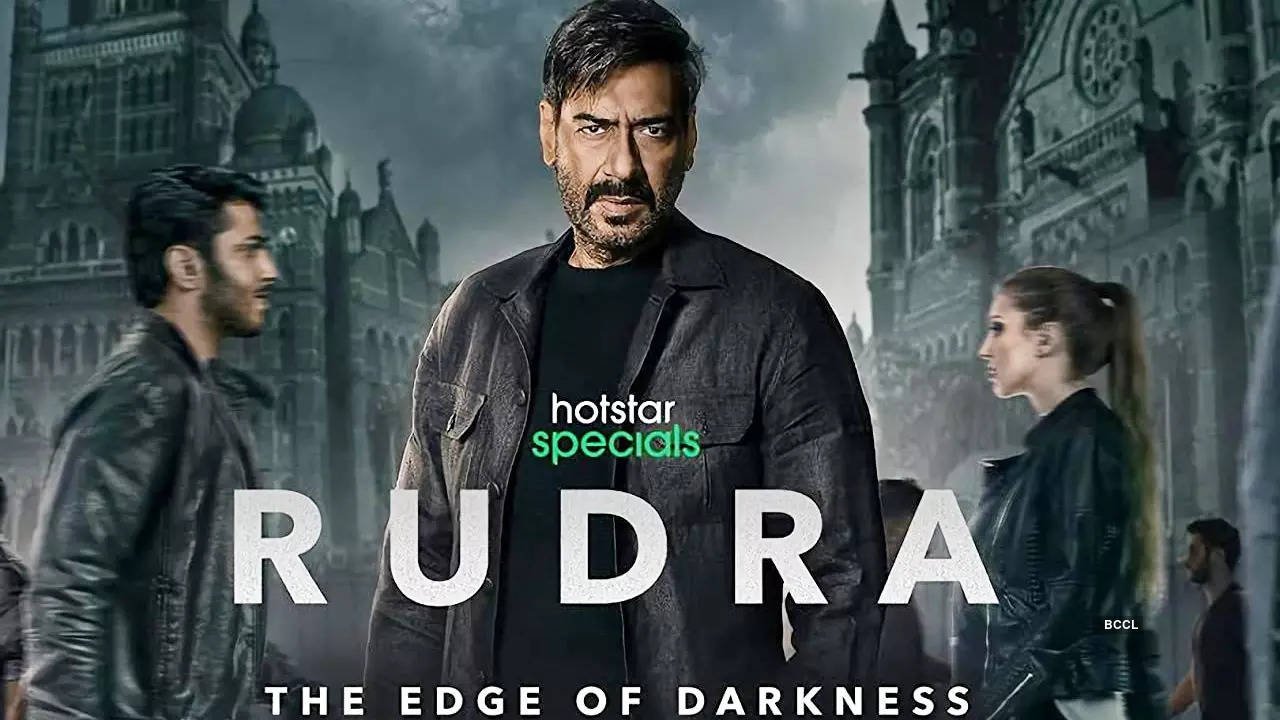 After watching Ajay Devgn in wholesome masala movies, the audience is elated to see him come back as the brooding, no-nonsense cop. An actor with immense talent and potential, it was quite obvious that his performance in Rudra: The Edge of Darkness was more than just phenomenal. After watching him doing gravity-bending non-realistic action in films like Singham and Bol Bachchan, seeing him playing an urban, grim, and mysterious character is like a breath of fresh air. His movies like Gangajal and Drishyam show his potential as an actor, for being able to manifest the subtle and reserved demeanor, which is what he is best known for.

A carefully crafted series, Rudra: The Edge of Darkness, is a story about DCP Rudraveer Singh. He is constantly under the system’s radar though being one of its best minds in his field. Set in the Special Crimes Unit of the Mumbai Police, it is a psychological crime thriller. Based on the famous BBC series Luther created by Neil Cross and led by the uber-cool Idris Elba, Rudra is also going to deal with a darker and more intriguing storyline similar to the original.

The Hindi adaptation has been a faithful remake of the original BBC series. They have even kept the running time similar to the original. They utilized it by building the characters, their back story, and delving deeper into the troubling life of the lead character. It is a well-depicted series, a strong narrative, and the use of gloomy and low lighting kept the essence of the show intact.

The change that you will be able to observe is in the portrayal of the lead character. Though both are grim and brooding, Idris Elba’s John Luther was a loud and unstable man, his actions were often volatile. Whereas Devgn’s Rudra is much more reserved and often expresses his emotions without giving into elaborate gestures. In one of the episodes, his wife Shaila, played by Esha Deol, reveals that she met someone, there Devgn without doing any frantic movements still was able to beautifully convey the shift in his emotions.

The six episodic series shows us Rudra’s life, chasing the dodgiest criminals, dealing with his personal life, and the slow-burning chemistry between him and Aliyah, played by the talented Raashii Khanna. Their chemistry is one of the highlights of the series.

Rudra, unlike Luther, looked more western and stylish in its depiction. The director has a very controlled grip on the narrative, with no random jump cuts and unnecessary special effects. This is one of the reasons the scenes look more organic and natural. The editing done by Antara Lahiri is beautiful. The cinematography was on point, capturing the neo-noir vibe. The opening shot from the first episode is one of the best visuals, which looks straight out from a David Fincher movie.

Devgn and Raashii Khanna are the highlights, along with notable performers like Atul Kulkarni, Ashwini Kalsekar, Ashish Vidyarthi and Tarun Gahlot gave some of their best performances. The actors playing the villains or anti-heroes will definitely give you goosebumps.

The thing that might feel a bit disappointing is the less usage of contemporary stories happening all over the country. By heavily making the series Western, they forgot to inculcate more Indianized themes and materials, which could have explored the country’s culture, much like the other OTT series like The Great Indian Murder, Pataal Lok and Sacred Games.

Overall, Rudra: The Edge of Darkness is a must-watch web series, especially if you have a knack for enjoying gritty crime thrillers. The acting, direction, and adaptation were on point. They did justice to the original BBC series Luther, by maintaining the pace, ambiance, and storytelling. For Ajay Devgn fans it is definitely a treat and being such a well-directed series it also proves to be a conversation starter for every movie/TV fanatic. Thus it will be a good watch for a weekend binge if you want something really engaging to see. The series is currently streaming on Disney+ Hotstar.